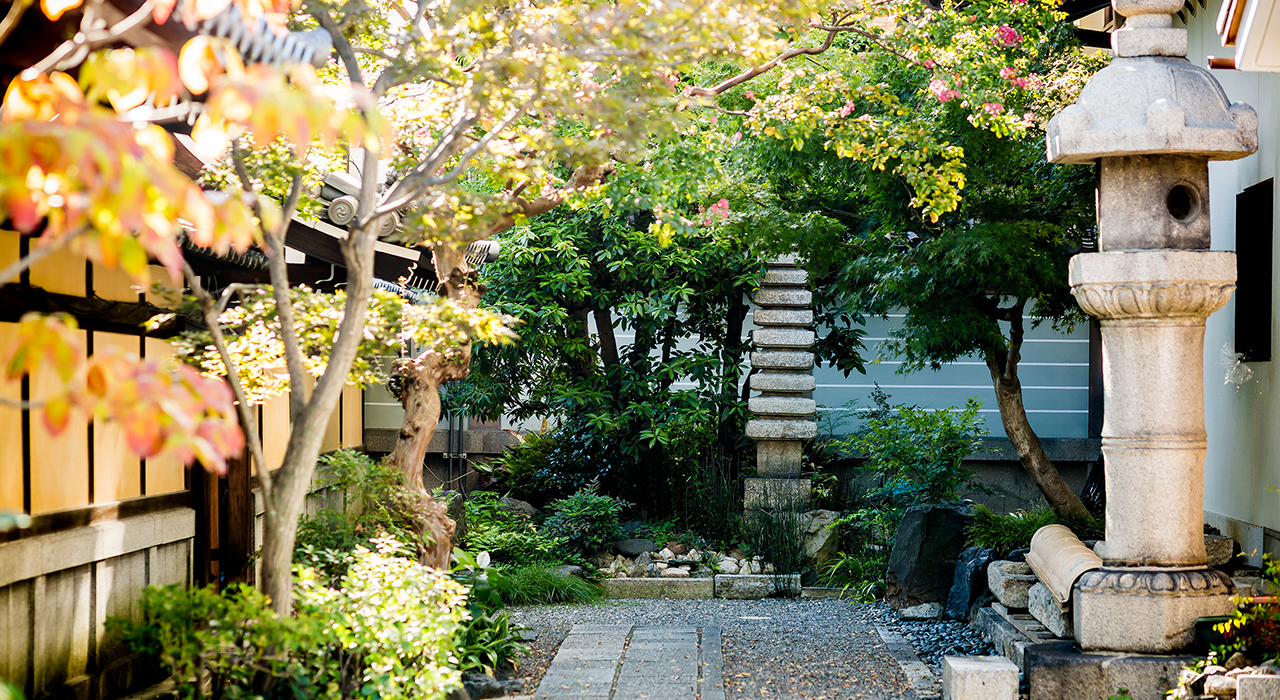 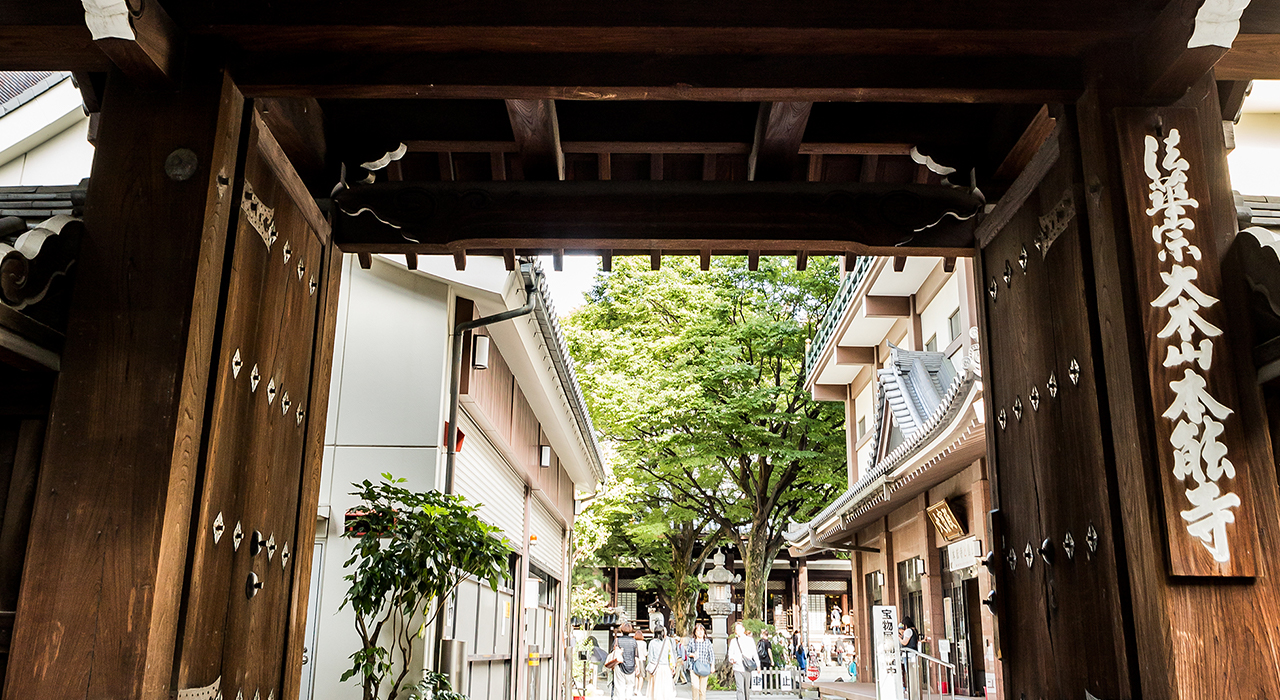 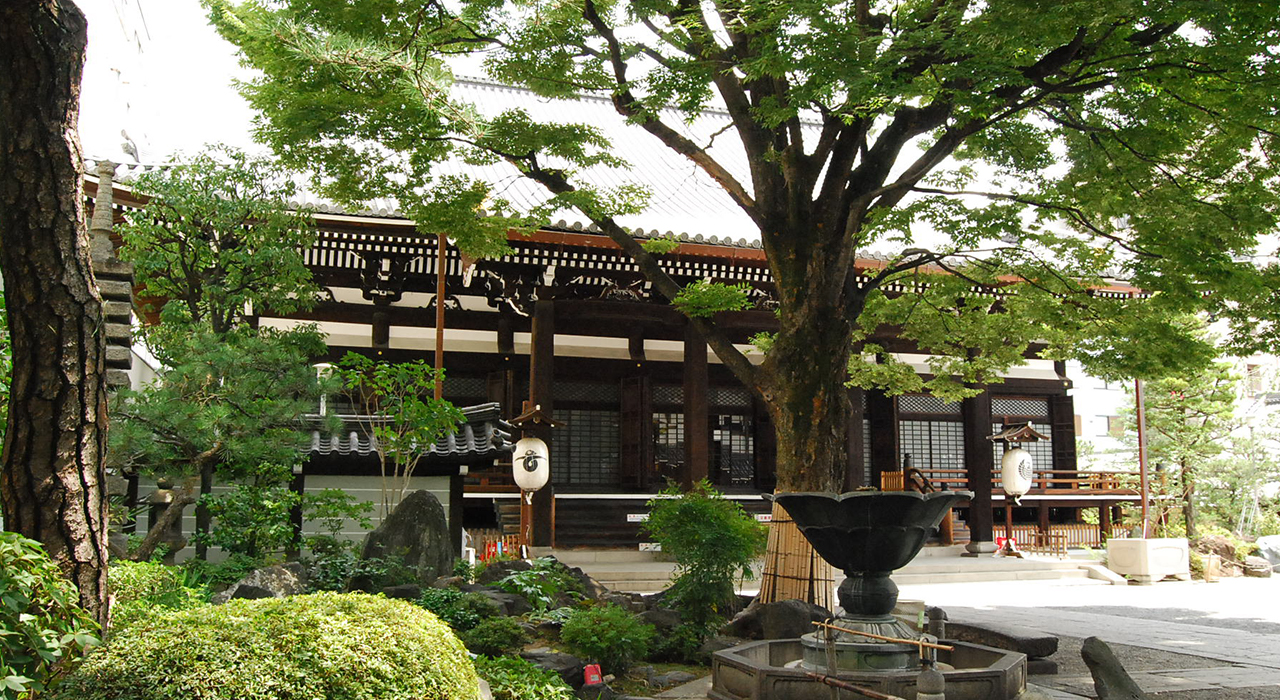 Honno-ji Temple was founded in the year 1415 by the Buddhist Saint Nichiryu, on the land between Aburakoji-Takatsuji and Gojo-Bomon under the name of "Hon'o-ji Temple".
It is the head temple of the Hokke sect (Honmon school) of Nichiren Buddhism.

Oda Nobunaga is considered to be the hero of the turbulent world of the Sengoku (Warring States) period, and his goal was "Tenka Fubu", which means to "unify the land with military force".
It is said that the main reason he stayed at Honno-ji Temple was in order to acquire firearms.
Honno-ji Temple began sending missionaries to Tanegashima Island in southern Japan around the year 1462, and many Hokke sect temples were built in Tanegashima.
Those temples were used to acquire firearms, and the use of firearms was seen as a tactic that could give him the opportunity to emerge from this conflict as a ruler of the whole country.

In 1582, Nobunaga ordered Toyotomi Hideyoshi to attack the Mori clan, and he stayed at Honno-ji Temple with only a few dozen men at his side.
Nobunaga had ordered Akechi Mitsuhide to reinforce Hideyoshi. Mitsuhide set out from Kameoka Castle on June 1st with an army of some 10,700 soldiers brandishing nine flags adorned with his crest, the light blue bellflower. However, upon reaching Oinosaka that night, he declared to his troops, "Our enemy awaits at Honno-ji Temple!", changing his course to Kyoto.
They crossed the Katsura River and, with the roar of war drums, commenced their attack on Honno-ji Temple at the break of dawn.
Nobunaga, surrounded by Mitsuhide’s army of 10,000, set fire to the main hall of the temple and turned his blade on himself.
The entire temple was burned to the ground, and with it disappeared Nobunaga’s dreams of unifying the country.

After the Honno-ji Incident, the Temple was moved to its current location in 1587 based on city plans devised by Toyotomi Hideyoshi.
The former site is located in Aburakoji-Takoyakushi, about 1.2 kilometers to the southwest from where it stands today. Horikawa High School and an elderly care facility stand on the site with a stone monument marking the location.